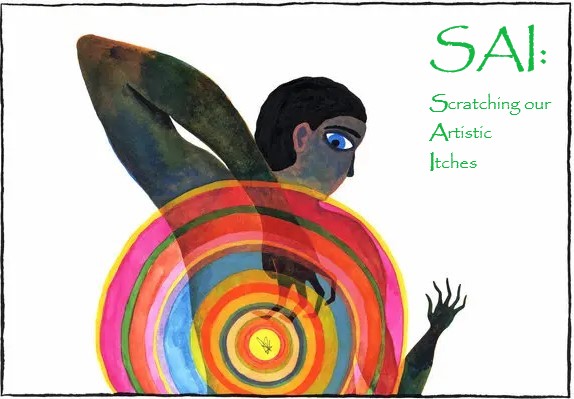 June 28 @ 1pm – Water by the Spoonful*
by Quiara Alegría Hudes

Synopsis: Somewhere in Philadelphia, Elliot has returned from Iraq and is struggling to find his place in the world. Somewhere in a chat room, recovering addicts keep each other alive, hour by hour, day by day. The boundaries of family and community are stretched across continents and cyberspace as birth families splinter and online families collide. WATER BY THE SPOONFUL is a heartfelt meditation on lives on the brink of redemption. Winner of the 2012 Pulitzer Prize.

Synopsis: Comprised of a series of interrelated scenes, the play traces the coming of age of Heidi Holland, a successful art historian, as she tries to find her bearings in a rapidly changing world. Gradually distancing herself from her friends, she watches them move from the idealism and political radicalism of their college years through militant feminism and, eventually, back to the materialism that they had sought to reject in the first place. Winner of the 1989 Pulitzer Prize.

NOTE: This play contains the description of a sexual assault
Synopsis: Ginnie and Adele have been friends for decades, helping each other navigate through life’s twists and turns. But when an inescapable event arises, they’re forced to confront the dark secret of how they met, and deal with forces trying to separate them in a way they never thought possible. The Flora and Fauna is a modern, #MeToo-inflected drama about unconditional love, loss, and the lengths we’d go to for one another. Sometimes in order to move forward, you’ve got to go back.

Synopses:
All the Wrong Places is a glimpse into the lives of four young adults struggling to find their place in the world as they come to terms with their identities. They will have to learn when to hold on, when to let go, when to fight, and when to accept the way things are. Featuring identities rarely seen in the spotlight, this piece looks at the many forms humanity can take.

Just Be is an in-depth exploration of gender and sexuality that eschews all theatrical and societal traditions. In this piece, you will take part in Maybe Stewart’s journey of self discovery as portrayed through theatre, movement, and poetry — and may even come out the other side knowing more about yourself. A short excerpt of this BRAND NEW work will be read.

Synopsis: Yoga Play follows Joan, who has been hired to stabilize Jojomon, a yoga apparel company, after its CEO is embroiled in a fat-shaming scandal. But just as she finds her stride, more trouble surfaces and sales free-fall. Jojomon needs an image makeover—and fast. Joan comes up with a plan so risky and unconventional that it could make or break the company and her career—and what it requires from her colleague, Raj, is far beyond the call of duty. This sharp comedy explores a Type-A personality in a feel-good industry rooted at the intersection of commerce and spirituality.

Synopsis: Eddie, an unemployed truck driver, reunites with his ex-wife Ani after she suffers a devastating accident. John, a brilliant and witty doctoral student, hires overworked Jess as a caregiver. As their lives intersect, Majok’s play delves into the chasm between abundance and need and explores the space where bodies—abled and disabled—meet each other.
Winner of the 2018 Pulitzer Prize.

Synopsis: LEAVING WATERMAINE takes us to the not so distant past of “Jim Crow”, 1942, Watermaine. GA, where a middle-class African American family, the Mainlodges, struggle to maintain dignity and family unity where truth unfolds and dreams remain illusive, against the backdrop of con-man suitors, secret abortions, and the mysterious murder of Verdene’s secret lover.

Synopsis: Out in the country, far outside of Budapest, on a moonlit night, the lonely life of Angala, the farm woman, is turned upside down when a wayward gypsy breaks into her house, seeking revenge and love for himself and his rabbit.

Synopsis: At the Frasier household, preparations for Grandma’s birthday party are underway. Beverly is holding on to her sanity by a thread to make sure this party is perfect, but her sister can’t be bothered to help, her husband doesn’t seem to listen, her brother is MIA, her daughter is a teenager, and maybe nothing is what it seems in the first place…! FAIRVIEW is a searing examination of families, drama, family dramas, and the insidiousness of white supremacy. Winner of the 2019 Pulitzer Prize.

Synopsis: Elsa, a doctor of primatology, is on the autism spectrum and has successfully hidden this fact from the world. She is currently working with an orangutan named Wookie, who Elsa hopes to prove is capable of speaking a human language. Elsa’s 12-year-old nephew, A.J., is also on the Autism spectrum. He is “Locked in”- completely non-verbal. However, thanks to A.J.’s so-called “disability” he and Wookie joyously discover that they can communicate with each other. This explodes Elsa’s carefully constructed, science-based worldview and forces her to drop the mask of normality she has worn her whole life.

Synopsis: The Midwesterners explores a family desperately grasping for one last shot at their big break. All hopes rest on a soon-to-arrive windfall, but as the anticipation of a brighter future rises, so do divisions between family members, whose values shift with the promise of riches. A portrayal of the crushing weight of the American dream, The Midwesterners lays bare the truths we aspire to live and the lies we can’t help but tell.